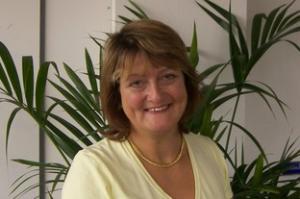 BRIERLEY Hill councillor Rachel Harris has been selected by the Labour Party to fight for the Dudley South seat in the next election.

The 52-year-old, who has been a Dudley borough councillor for 15 years, has been chosen to replace high-profile Labour MP Ian Pearson – who has decided not to stand in the next General Election.

She told the News: “I’m absolutely overwhelmed, I’m really happy the Labour Party have decided to select me as the candidate.

“For the last 15 years I’ve been a councillor and I have worked hard for the area and hopefully with support from residents I’ll continue to work hard to keep the seat a Labour seat for Gordon Brown.”

Cllr Harris, who has been chairman of Dudley Primary Care Trust for the last eight years, said her main priorities would be to campaign for “local jobs for local people” and to safeguard public services.

She added: “I hope to use my own experience in the NHS and local government to make sure we have the best services for people in the constituency.

“I hope people will see I’m a hard-working woman with a track record of working locally to produce results for local people.”

Cllr Harris – who is also a national specialist health advisor and an associate of the Democratic Health Network – has been a councillor for Brierley Hill for six years following stints representing Belle Vale and Hasbury and Kingswinford South.

Despite her passion and commitment to borough, she believes the state of the country’s finances will be the biggest factor in who wins the race to the polls.

She added: “It’s the economy that will decide the General Election and the right economic policies that will help to support and produce jobs in Dudley South.”

Cllr Harris will be battling it out against prospective parliamentary candidate for the Conservatives – Chris Kelly – for the Dudley South seat.