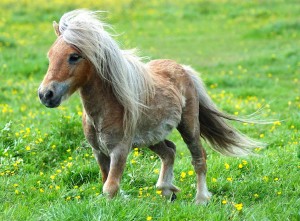 Inspired by ‘King Bladud’s Pigs’ sculpture trail in Bath 2008 (www. kingbladudspigs.org), the Brierley Hill Arts and Culture Development Group is launching a similar trail in and around Brierley Hill during summer 2010. This will be a huge event for Brierley Hill and will encourage visitors to take a fresh look at the area, encompassing usual and unusual venues and locations – inspiring exploration!

The project is a public art event to provide residents and visitors with artistic enjoyment whilst looking at the area in a new and innovative way. Dudley Council’s ‘Healthy Towns’ initiative has taken the project on board their marketing campaign to get people out and about during summer 2010. At least 15 of the ponies will be used to help signpost walking routes around the borough, including parks, streets, towpaths etc. forming ‘Pony Trails’. The central hub of the project will be in Brierley Hill with sculptures spreading out to other areas of the borough. For example, parks highlighted for the project include: The Dell at Pensnett, Silver Jubilee Park in Coseley, Netherton Park in Central Dudley, Mary Steven’s Park in Stourbridge and Hunting Tree Gardens in Halesowen – representing all 5 townships of Dudley.

A map of the finished ponies in their locations will be produced which will pinpoint each pony, highlight walking routes with different levels of ability and include sponsor and artists’ details.

The project could involve up to 100 different artists in and around the borough as each pony will need a specific artist to bring it to life. Remuneration for artists will be a percentage of the price achieved for each sculpture at auction at the end of the trail and the artist will be credited on a small plaque on the adopted sculpture.

Sponsors will have a say in who decorates their animal sculpture and where and how their sculpture will be displayed. All funds raised through this project will go towards future development projects in the Brierley Hill area.

How the public engage with the work: 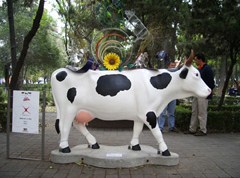 The project is all about public art, engaging with people on the streets, getting local people to see their home town in a different light. The project has successfully run in many other towns and cities including pigs in Bath, elephants in Norwich, Cows in Liverpool, and world wide projects such a storks in Germany, bulls in Spain, sparrows in Ulm on the Danube and the ‘cow parade’ has happened in 80 cities worldwide – see www.cowparade.com

By working in partnership with the Healthy Town’s Manager, the project will get full publicity through their community and business work, which is very comprehensive and widespread as they have a Government remit to hit targets for the ‘Change for Life’ programme. DMBC’s Marketing and Communication’s department is going to be involved with the marketing of the project and helping to raise awareness of the sponsorship opportunities. They will be writing PR copy, engaging with the papers and media contacts as well as helping with marketing materials and dissemination of literature etc.

This project has been based on the principles of those projects named above and follows the same format. It has been proven to work in other areas so has just as much chance of engaging with the public in the West Midlands. Every organisation that has been approached about the project has fully supported the concept and thinks it will add value to the Dudley area during its duration next summer and have a lasting impact beyond the physical appearance of ponies in Dudley. Once people have engaged with the project and followed the map around the area they are more likely to do so in the future once the ponies have been removed. Dudley Community Partnership is another partner for the project as well as Stourbridge College and Dudley Performing Arts – the Council’s arts service and Fred Richings – the Council’s Arts Officer.

To start this project a good sculpture artist will need to be commissioned. Adverts have been placed in relevant art magazines, websites, internal and external communications – including the Arts Council web site for Arts jobs. All suitable applicants will be interviewed for the commission. Considerations for the commission include where the artist resides and works, as a local artist is preferable to keep the project centred in the West Midlands, but artistic integrity and ability is also key. A call for artists to be involved at the ‘decorating’ stage has been placed and a number of artists are already on file having expressed their interest in the project – this will be ongoing throughout the project.

Fibreglass manufacturers have been consulted on costs, availability, feasibility of the project. I have spent time researching the other projects on this scale, namely the Bath Pigs project and I have good links with the organisers for advice, hints and tips to make the Pony project successful. We have discussed all aspects of the Bath Pigs project from concept to reality and this has helped mould the Brierley Hill pony project.

Dudley Performing Arts is involved in many large scales projects, from Artsfest and Netherton’s Victoriana Day to our annual Summer festival at Himley Hall & Park which engages with 10,000+ people over a single weekend.

Finance:
The project will be partly financed through grants from Arts Council West Midlands, DCP and sponsorship. We are aiming at 100 ponies throughout the borough and this equates to 100 sponsors at £500 each. However, funding has already been established from DCP and Change for Life and the number of ponies made will depend on the number of sponsors on board with the project; if we get 20 sponsors, we will have 20 ponies etc.

The ponies will be auctioned off at the end of the project and sponsor and artists will get a percentage each of the price paid. Any ponies not sold remain the property of the sponsor and the artist still gets a nominal fee. Any funds raised through the project will go towards regeneration in Dudley through Dudley Community Partnership and Dudley Performing Arts.