Members of Brierley Hill Town Centre Partnership burst into applause at the conclusion of a presentation by Elaine Giles, Vice Principal of Stourbridge College, on the latest proposal to build a campus in the centre of Brierley Hill.

The scheme had appeared to have hit the rocks last year fiasco a national funding fiasco from the Learning and Skills Council.

However, dogged determination by the Stourbridge College team has meant that a proposal to build phase one of the scheme has been resurrected.

“This scheme is hugely important for the economic future of Brierley Hill. 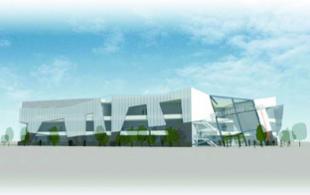 “It will bring a thousand students to the town centre every day – that has to be good for local traders.

“The new educational facilities will also help to regenerate the area by driving up achievement amongst younger people and the partnership were very impressed with the quality of the design”.

The Partnership unanimously agreed to write a letter of support to the Dudley planners when the detailed plan for the facility is submitted in March.

Stourbridge College, which is also investing in its Hagley Road, Stourbridge, site, aims to have the centre ready for use by September 2011.