Hundreds of shoppers gathered to watch celebrity inspired models take to the catwalk in a feast of fashion shows at Merry Hill this past weekend.

The Faces of Fashion shows were part of a two-day style extravaganza held at the shopping mall on Saturday March 26 and Sunday March 27.

Models sported the latest spring and summer looks from the High Street during a series of short catwalk shows – geared at showing shoppers how to achieve the celebrity looks of Cheryl Cole, Rihanna, Dannii Minogue and Holly Willoughby.

The shows marked the end of the centre’s campaign to find fashion fans who go the extra mile to emulate their style icon – after a recent poll carried out at the mall revealed 32 per cent of women would like to look like popstar and X Factor judge Cheryl Cole and most men questioned said they take inspiration from Oscar-winning actor Colin Firth.

Kelly Reed, Merry Hill marketing manager, said: “The Faces of Fashion shows were a huge success. It was great to see so many shoppers turn out and enjoy the shows and pick up some styling tips.”

There were also discounts galore at a host of beauty and clothing retailers across the centre as part of the fashion weekend. 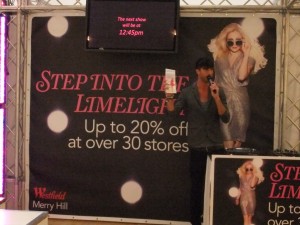 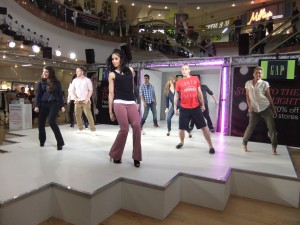