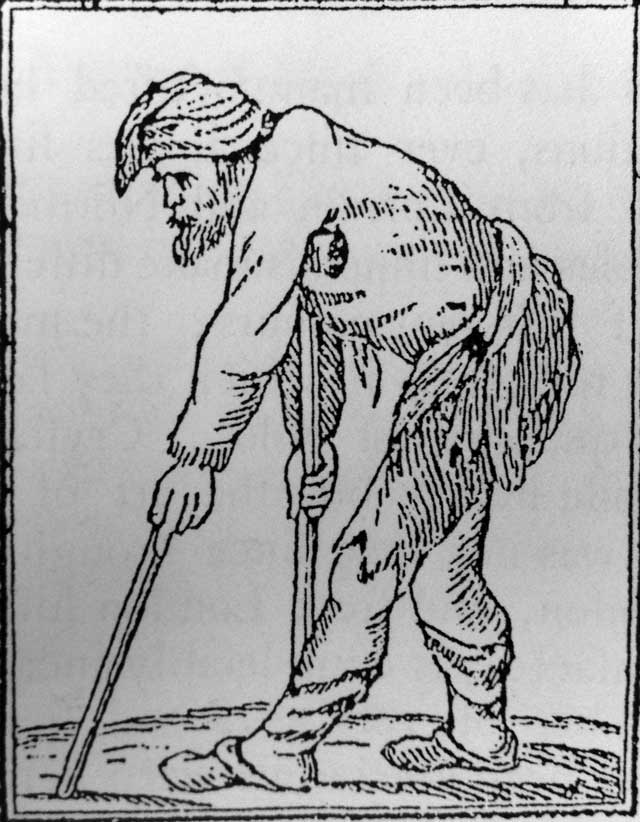 As it’s National Poetry Day I’ve been looking at some poems which are Brierley Hill related. It’s fascinating stuff and there’s more out there than you’d expect. Perhaps the most famous of Brierley Hill’s poems was penned in the eighteenth century by Thomas Moss who was the first vicar of St Michael’s.

The Beggar’s Petition was so famous that it is even mentioned by Jane Austin (Northanger Abbey) and Charles Dickens (Nicholas Nickleby) in their works as explained by the Black Country Bugle.

Here is the poem in full:

PITY the sorrows of a poor old man!
Whose trembling limbs have borne him to your door,
Whose days are dwindled to the shortest span,
O, give relief, and Heaven will bless your store.

These tattered clothes my poverty bespeak,
These hoary locks proclaim my lengthened years;
And many a furrow in my grief-worn cheek
Has been the channel to a stream of tears.

Yon house, erected on the rising ground,
With tempting aspect drew me from my road,
For plenty there a residence has found,
And grandeur a magnificent abode.

(Hard is the fate of the infirm and poor!)
Here craving for a morsel of their bread,
A pampered menial drove me from the door,
To seek a shelter in the humble shed.

O, take me to your hospitable dome,
Keen blows the wind, and piercing is the cold!
Short is my passage to the friendly tomb,
For I am poor and miserably old.

Should I reveal the source of every grief,
If soft humanity e’er touched your breast,
Your hands would not withhold the kind relief,
And tears of pity could not be repressed.

Heaven sends misfortunes,—why should we repine?
’T is Heaven has brought me to the state you see:
And your condition may be soon like mine,
The child of sorrow and of misery.

A little farm was my paternal lot,
Then, like the lark, I sprightly hailed the morn;
But ah! oppression forced me from my cot;
My cattle died, and blighted was my corn.

My daughter,—once the comfort of my age!
Lured by a villain from her native home,
Is cast, abandoned, on the world’s wild stage,
And doomed in scanty poverty to roam.

My tender wife,—sweet soother of my care!—
Struck with sad anguish at the stern decree,
Fell,—lingering fell, a victim to despair,
And left the world to wretchedness and me.

Pity the sorrows of a poor old man!
Whose trembling limbs have born him to your door,
Whose days are dwindled to the shortest span,
O, give relief, and Heaven will bless your store.