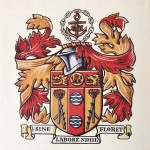 Review of criteria for local listing of building

Jayne Pilkington and David Piper from the conservation and planning policy sections of the council addressed the meeting on proposed changes to the criteria for local listing of building.

TS explained that DMBC had kindly agreed to consider any response from the Civic Society as the date of the presentation occurred after the consultation close date. DP confirmed that he would be happy to consider any submission as long as it was received by the end of June.

The following topics were covered in the presentation and questioning:

At the end of the presentation the meeting thanked JP and DP for their talk.

Because of the length of the presentation the rest of the meeting was dealt with at a brisk pace.

It was agreed that TL would draft a respone on behalf of the Society.

These had been circulated in advance and were agreed. TS informed the meeting that there had been some discussion regarding the inclusion of notes from the NHR meetings and subsequent press coverage. It was agreed that at a future meeting the approach to what was included in the minutes would be discussed.

JS reported there was no urgent correspondence.

The meeting was shown pictures of damage done to trees on Marsh Park, at St Michael’s Church and at The Moor Centre, by dog being trained to attack. The police had been informed about this matter. The damage to the trees was significant and there was a high possiblity that they would consequently die.

The Society expressed its concern at this matter and offered its support to any action Friends of Marsh Park wished to take. DW to follow up.

TL reported on the meeting which had taken place on 3rd June at the Bull and Bladder:

Visit to the archives

The next meeting of the Society would be a visit and tour of Dudley Archives. This will take place on Monday 20th July at 6pm. A charge of £4 per member would be in place. There is a maximum number of 25 that the archives can accommodate, so it was important that members indicate whether they would attend before the invitation is extended. All members present indicated that they would be attending.