As part of Dudley CVS’s exciting new campaign to launch the 2010 Dudley Volunteer Awards, some of the people who scooped awards at last year’s ceremony agreed to star in their 2010 campaign based on another popular film.

‘Meet the real Incredibles’ stars local people who give up their time to make Dudley borough a better place and hope that their posters will get you thinking about the incredible people you know who could be nominated. You can put groups forward too as long as they do not include any paid staff members. Look out for our posters in local shops, libraries and the Dudley CVS office in Albion Street, plus you can download your nomination form from www.dudleycvs.org.uk, or call 01384 267425. The closing date is September 19th 2010. 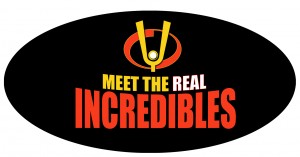 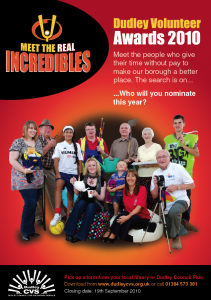