X Factor judge Louis Walsh has caused a stir by filming in Dudley – fuelling rumours that a reject from the Black Country will be given a second shot at stardom.

The Irishman was spotted out and about in Pensnett and having his make-up done at Dudley’s Village Hotel before later before mobbed by fans at Asda in Brierley Hill.

He was visiting the town on Sunday to meet with contestant Wagner Fiuza-Carhillo, sparking speculation the retired PE teacher from Dudley and the show’s other latest rejects are being given a lifeline to return for the live finals.

Singer Gamu Nhengu, controversially axed from the girls’ category by Cheryl Cole in favour of quirky contestants Cher Lloyd and Katie Waissel, was today still the bookies’ second favourite to win the show as the rumour mill went into overdrive about contestants being allowed to return.

Show bosses have promised a “big surprise” for the launch of the live finals on Saturday. It has led to mounting speculation that each judge will be given the opportunity to choose one “wild card” act each to re-enter the competition.

The twist could also mark the return of reject Treyc Cohen, a Wolverhampton University performing arts student. There has been a storm of controversy over her departure by fans, who claim she should have been selected to go through over Cher and Katie, who both fluffed their auditions.

Cheryl is reported to have been spotted filming in Treyc’s hometown of Tamworth and Simon Cowell was also captured pulling up in Peterborough in his Rolls Royce, the home of camp duo Diva Fever.

Wolverhampton’s Liam Payne has already booked his place in the live finals with band 1 Direction, formed by Cowell. 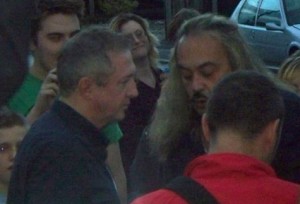