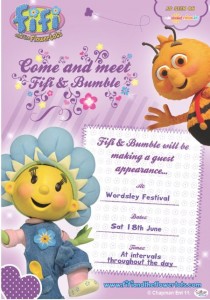 King George V Park, Wordsley
Come and meet Fifi and Bumble at intervals throughout the day in the meet and greet area…this is a free attraction once in the event.
THE FLYIN RYAN MOTORCYCLE STUNT SHOW!
Action, Power, Speed, Control
The Flyin Ryan Motorcycle Stunt Show performs as a spectacular main arena attraction to jump start any event into life. A family run show, performed by the Griffiths family, that is geared towards entertainment for all ages from grandparents to toddlers. The Flyin Ryan Motorcycle Stunt Show relies on talent and years of motorcycle riding experience to provide a safe,exciting, entertaining show for every type of crowd. A compact and professional show filled with motorcycle stunts performed like no other UK artist,, and is a not to be missed attraction.
Flyin Ryan Griffiths has taken his skills gained from over 30 years of professional motocross racing and has produced an arena show enjoyed by motorcyclists and non motorcyclists alike. Riding a high powered motocross bike, Flyin Ryan and his stunt riders performs huge motorcycle jumps over multiple cars, steam engines, tractors and anything else they can get into your arena. Ryan performs entertaining wheelies with only one hand, one leg, standing up, sitting down, and standing on his seat ,whilst at the same time, keeping the crowd involved via his non stop commentary from inside his helmet. For a finale, Ryan uses pyrotechnic charges to create a ball of flame that bursts into life as he and his motorcycle jump through, spectacularly taking the audiences breath away and then leaving them breathing a sigh of relief as he emerges from the flames. Performing alongside Flyin Ryan is teenage tearaway Jumpin James who attempts to recreate Ryans stunts. Stunt rider Jumpin James also performs the double crossover, the human ramp jump, and performs entertaining one handed, and no legged jumps over cars. Ryan also demonstrates freestyle tricks with a difference because he performs unique freestyle manoeuvres over only a takeoff ramp to a flat landing, alleviating the need for unnecessarily large and heavy landing ramps in your arena. Stunt rider Flyin Ryan likes to keep up with anything new in stunt riding entertainment and performs wheelies and tricks on mini bikes whilst doing so he promotes safe and sensible riding of these machines and advises on suitable protective equipment and places to ride. Added to the entertaining on bike commentary is a hint of comedy genius and Ryan’s ability to work the crowd into a frenzy (even in the rain)and you have all the ingredients for a Fantastic live show. All of Ryan’s stunts have to be seen to be believed. 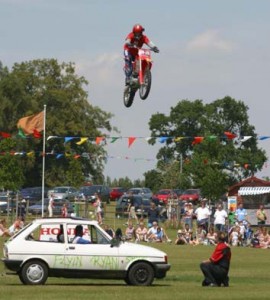 Plus live music from
SEAN RUMSEY
Sean is an up and coming soul artist and singer/songwriter. With over 1.8million hits on YouTube, supporting the likes of Diversity, Marvell, Lemar and Mcclean, he is someone to look out for!” 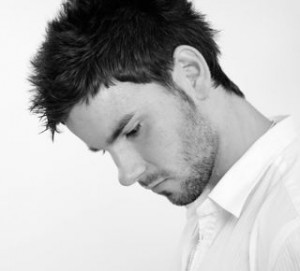 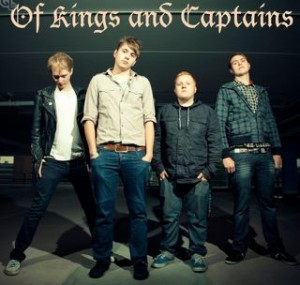 Of Kings And Captains
It’s plain and simple…… these young men aged 21-22 are a great rock n’ roll band in the making that have been together for less than 6 months. Having absorbed influences from across many generations, the end result is quite simply, a sound of their very own.
Having recently been in the studio for the very first time with renowned producer Gavin Monaghan (Editors, Robert Plant, Ocean Colour Scene etc.), the results speak for themselves. Mastered by David Mitson whose credits include; the Rolling Stones, Neil Diamond and Michael Jackson, this is a band who are aiming high….and yes, there is a full set of songs that measure-up to the one that you are listening to now.
For more event details visit: http://www.sbevents.co.uk