Newly crowned celebrity mum of the year, Stacey Solomon stopped off at Merry Hill as part of a baby extravaganza.

The X Factor star and winner of I’m A Celebrity Get Me Out of Here, co-hosted the Tummy to Mummy event at the shopping mall on Saturday July 2.

The bubbly 21 year-old and mum to three-year old Zachary, was recently awarded the Celebrity Mother of the Year accolade by FoxyBingo.com and took to the stage to talk about being a working mum and  to share her fashion tips as part of the centre’s free event.

Since being crowned Queen of the Jungle during the last series, Stacey has had a bestselling book, co-hosted a prime time Saturday night TV show, become the new face of frozen food chain Iceland  and is currently writing and recording a new album.

But speaking to the News, Stacey named the Celebrity Mum of the Year award as her “biggest honour”.

She said:”I’ve had an absolutely fantastic year so far, but I was really honoured to get the award as I’ve never ever been complimented on my parenting skills before.”

Stacey, who was joined at the event by her own mum Fiona and Zachary, said her youngster was the reason she entered X Factor, to “be able to provide for him and give him the opportunities” she  never had.

The three-day event at Fountain Square, also showcased the latest maternity and baby fashions, with experts on hand to share top tips and advice.

Kelly Reed, Merry Hill marketing manager, said: “We were delighted to have Stacey on board for our Tummy to Mummy event – the crowds loved her.” 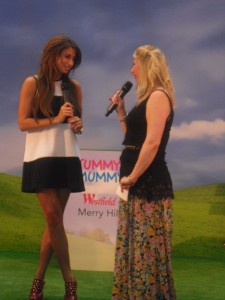 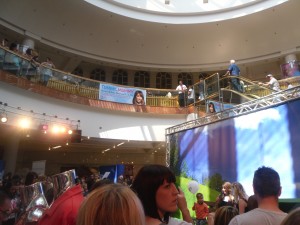