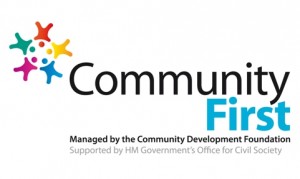 There will be a meeting of the Community First Brierley Hill panel next Tuesday, 19th March 2013 at 7pm.
The meeting will be held at St Michael’s Church, Bell Street South, Brierley Hill.
Community First Brierley Hill has almost £40,000 of grants available for community groups in the Brierley Hill ward over the next two years.
The agenda for the meeting is:
I do hope you will be able to attend the meeting and look forward to seeing you.
Kind regards,
Tim Sunter
Additional Information
Status of funding awards (agenda item 4):
Minutes of the previous meeting (agenda item 2)
Minutes of the Community First meeting held on Tuesday 15th January 2013 at St Michael’s Church Commencing at 7pm.
Present:
Gary Colwell, Ray Gibbs, David Hoskins*, Matthew Johnson, Peter Plant*, John Rogers*, Tim Sunter* (* indicates panel member)
Apologies:
Rachel Harris, Graham Hudson, Andrew Mann-Ray, Tom McCormack, Chris Szygowski
Minutes of the previous meeting:
The minutes of the previous meeting were read and agreed as a true record.
Matters Arising:
There were no matters arising
Grant Applications:
(a) Status of Grants to date
The meeting noted the following status of grants as issued on 1st January 2013 by the Community Development foundation
A question was asked concerning the status of the grant application from the Karate Club which had previously been considered by the panel.  TS explained that he had emailed the club with the questions which required clarification but had received no reply.  JR indicated that he had a contact at the club and would get in touch with them.
(b) The panel considered its approach to grant applications.
The question was raised about where several groups existed, independently, but under the umbrella of a larger organisation.  For example, where a church ran an Elderly people’s club and also a Youth Group.  It was agreed to consider each application on its merits, but that generally situations such as that described should not be a barrier to considering each group’s request separately as if they were an independent group.
The meeting then considered two applications to recommend to the CDF.
(i) Brierley Hill Outreach Team – Outreach to those who have undergone life changing experiences.
The group was asking for £500 which was matched appropriately.  It was agreed to support this application.
David Hoskin declared an interest in this item and did not take part in the decision making process.
(ii) Young Leaders Group – This project will develop the leadership skills of young people through a training programme involving a weekly opportunity to put their skills into practice by volunteering at a Kids Club as Young Leaders.
The group was asking for £2400.  It was agreed to support this application.
John Rogers declared an interest in this item and did not take part in the decision making process.
The group then agreed that it would be useful if those who had received funding could forward through some photographs for use in publicity materials.
Community First Action Plan
TS circulated and updated list of contacts and time was taken to work through identifying those which were no longer valid and suggesting who should be added in.  It was agreed that this would form a good basis for future consultation within the ward and to test proposals for an emerging Action Plan.
Work would need to be completed on this by 31st March.
Any Other Business
There was no other business