An email from Rev David Hoskin last Friday asked if it would be possible to pop up to St Michael’s. The church is undergoing some restoration work thanks to local benefactor Tony Whittaker. During the work Tony’s son had come across some old documents – relating to the Great War – lying under a pile of ‘junk’ on the church balcony. The press had been called and could I go up in case my recent research on the war memorial was helpful.

It was enormously exciting to see this terrific find.

There were two “Rolls of Honour”. These had been produced during and just after the Great War.

Many rolls of honour were drawn up during the war. These gave the names of local residents who had joined the forces and, as in these cases, also indicated the names of those who lost their lives.

They are an important historic record. The vast majority of first world war service records were lost in a fire during the second world war. So they can be the only record of who served. Schools, churches, works, sports teams…many produced these Rolls of Honours. Sadly many have now been lost.

The first Roll of Honour was that of the Fred James Bible Class – and here it is: 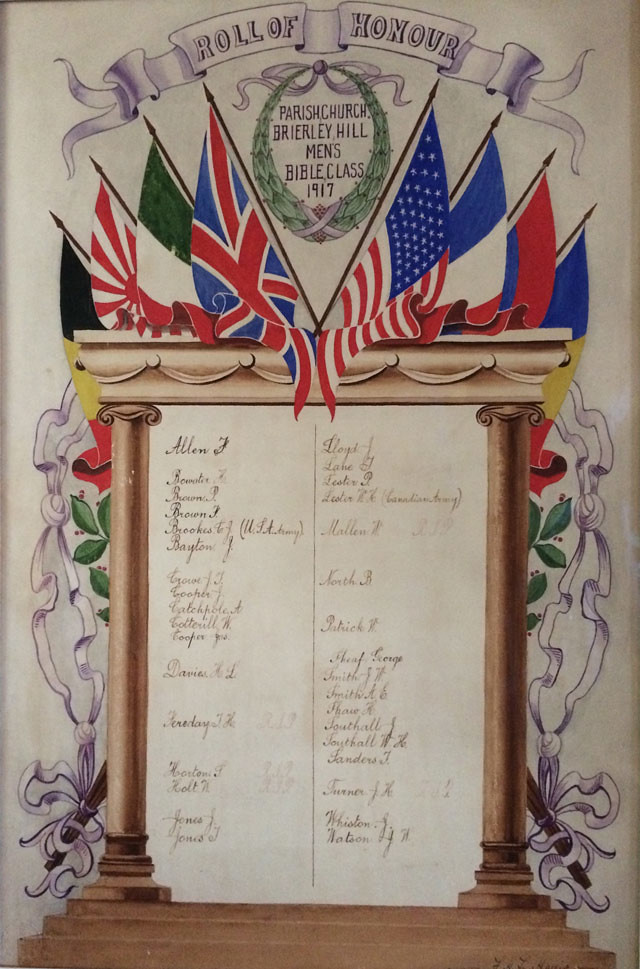 The County Express of 13th April 1918 carried a short report regarding the Roll of Honour: 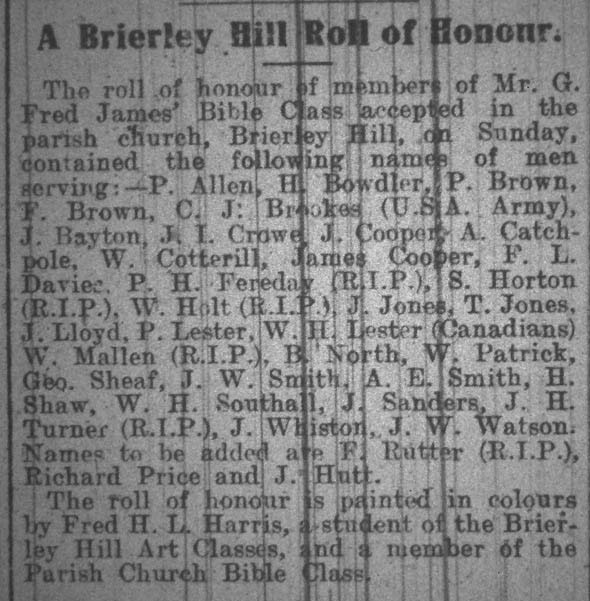 What I find particularly moving is the great care that has been taken in writing the names. A very personal, human and caring touch which adds to the emotions reflected in the document. The beautiful colourful artwork by Fred H. L. Harris, a student of the Brierley Hill Art Classes, adds a very local dimension.

What a terrific find.

But there was more. The second find related to the Delph in Brierley Hill and was equally exciting. See the next post for more on this.