The second of the historic Great War documents discovered during renovation work at St Michael’s last week was the Delph Roll of Honour.

During the Great War the Delph was a very strong community in its own right. It had its own brickworks, mines, scouts, pubs (of course) and, importantly, church.

It was at the Mission Church that, on Sunday 15th June 1919, the congregation stayed behind after the evening service to consider how to commemorate Delph men who had served in the war.

The decision was taken to commission a font, at a cost of £100, as a memorial. to those who had fallen.

Additionally a manuscript roll of honour was to be inscribed with the names of those who had served. It was this roll of honour which has now come to light during restorations, fittingly taking place because of Delph man Tony Whittaker acting as benefactor, at St Michael’s Church. Here it is: 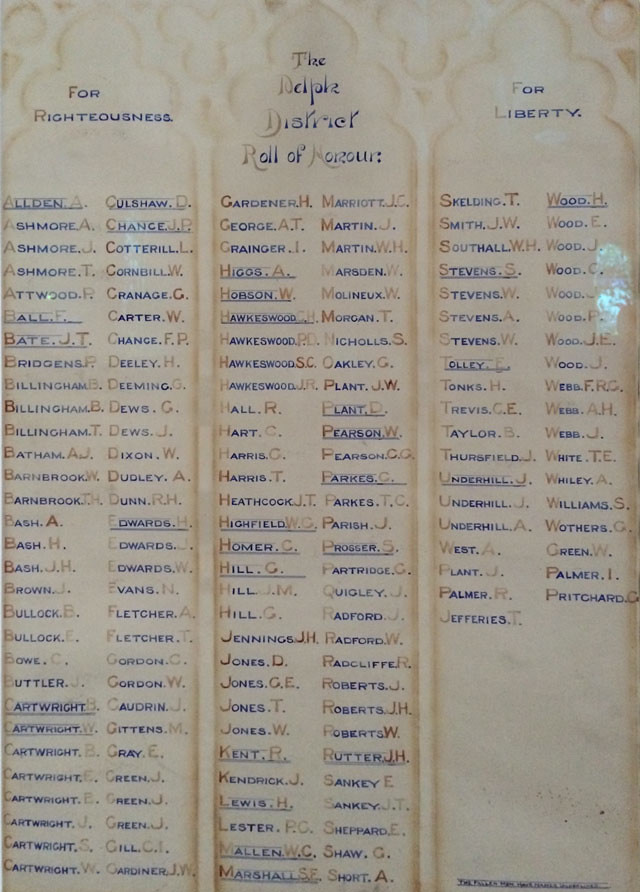 As in the case of the Brierley Hill Bible Class Roll of Honour the document is a historic record of those who served in the war – perhaps the only record given that most of the first world war service records were lost in a fire during the second world war. Again, the carefully handwritten words bring an extra emotion – of care and pride.

If you look closely you can see the shape of the frame which once contained the roll of honour.

The names which are underlined are of those who lost their lives. Their names are also recorded on the memorial which was commissioned at the same time.

The Delph Mission Church was demolished following subsidence. But the memorial was transferred to St Michael’s and now stands inside one of its foyers. 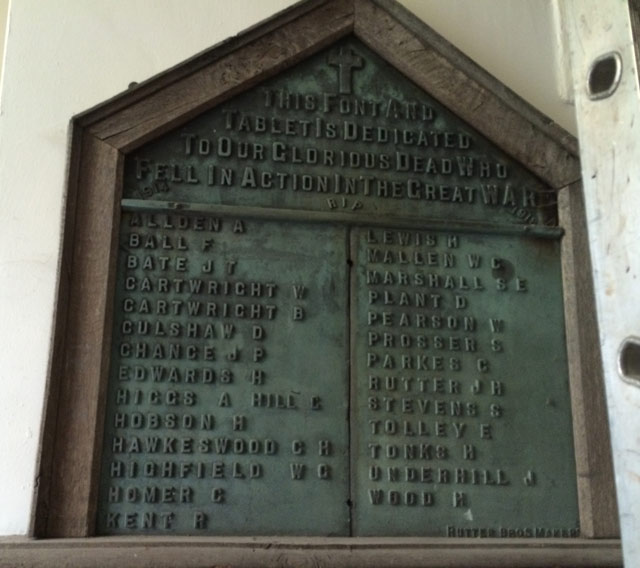 The font was moved too. It stands outside the front of St Michaels. Its inscription reads: 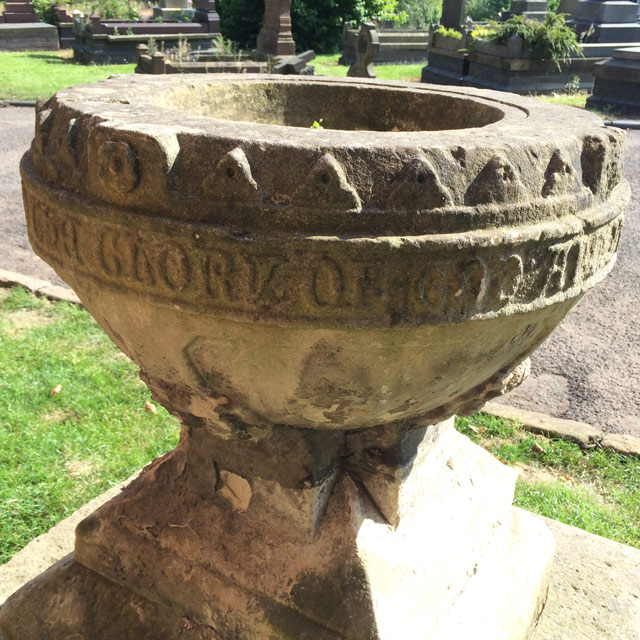 [0] So why 1919 and not 1918? Although the armistice took place on 11th November 1918, the war did not officially end until the signing of the Treaty of Versailles on 28th June 1919. With hindsight the treaty turned out to be deeply flawed and it became a key cause of the second world war. At the time there was jubilation and celebrations. In Brierley Hill a huge carnival took place to celebrate the signing. The Treaty is also commemorated on the stained glass window inside the church.

One thought on “Delph Roll of Honour discovered in church renovation”