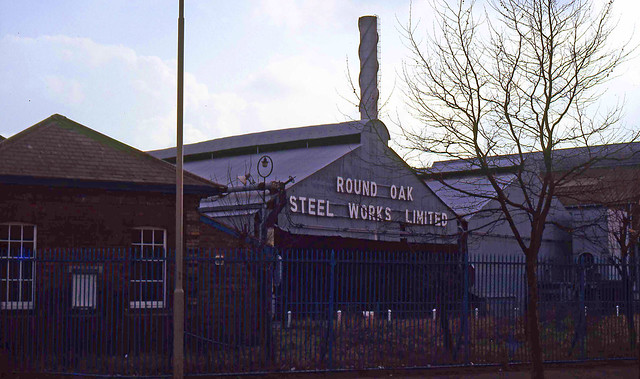 In the late seventies and early eighties Brierley Hill witnessed the collapse of its local industries. With Marsh & Baxter, Round Oak, Baldwins and others – factories which had stood for over a hundred years – disappearing it was a time of terrible change. As the industry disappeared the social networks associated with them went too.

This poem, by A. Billingham, appeared in the Black Country Bugle in January 1983. I think it captures the mood of the time very well.

Th’Earl’s – Gone West
By A. Billingham

At six an two, an then at ten
Yoe’d ’ear et blow ter tell the men,
Ess time ter change the shift again
Yoe woe ’ear it no moower.

Ef yoe goo by now, the gaetes am shit
On a notice, R.I.P. they’ve put,
Tried ’ard they have ter keep et, but
They woe open them no moower.

Iss like a graveyard, quiet an’ still
Ther’s no sparks a flyin’ in the mill,
Iss another piece uv Bri’ley ’Ill
As woe be used no moower.

Stacks a stonden, tall en proud
Spew forth a red oxide cloude,
Soon ter be covered in a rusting shroud
Fer they woe smoke no moower.

The powers that be, ’ow con they sleep
Orl them men, et meks yer weep,
Chock the lot on the scrap-heap
We doe want them no moower.

This famous town once Industry’s lap
Like the muffler en cloth cap,
Slowly being rubbed right off the map
Et woe be known no moower.

Men round ’eer am bred ter werk
Evolved through tryanny, toil an murk,
Ess in their blood, the never shirk
Why cor they work some moower.

Tossed on the slag heap, ter fall apart
Orl on the dole, left in the cart,
A shocken crime, et breaks yer eart
Et ay our world no moower. 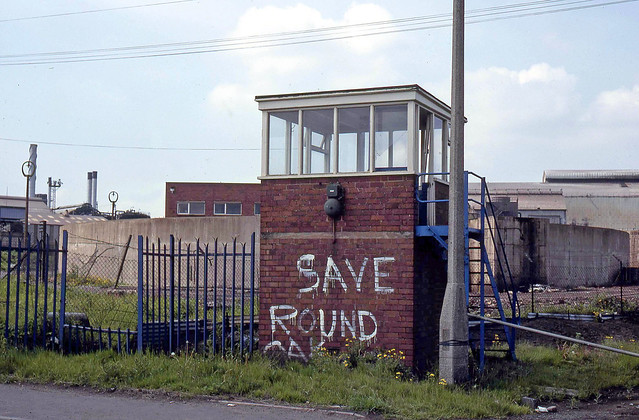 One thought on “1983 poem by A. Billingham on the closure of Round Oak #NationalPoetryDay”