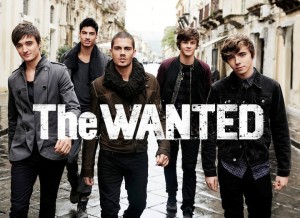 The five boys (Max, Nathan, Jay, Siva and Tom) that make up new pop proposition THE WANTED are on a mission to bring some much-needed cool – and a fair bit of sexy – back to boyband land.

Join them at Fountain Square on the lower mall near M&S as they perform their debut single ‘All Time Low’ plus their other future hits.

Plus, the guys will be signing copies of their single at the Merry Hill HMV store after their performance, from 12.30-1.30pm. So make sure you pick up a copy before the signing and come along to get it autographed!