Jessie J, Ne-Yo, JLS, The Wanted, McFly, The Saturdays and James Arthur are among the first names to be confirmed for this summer’s brand new Fusion Festival, in support of The Prince’s Trust and in association with Capital FM.

Joining them are Union J, Wiley, Amelia Lily, Wretch 32, Conor Maynard with many more to be announced. Birmingham’s iconic Cofton Park will play host to the ultimate summer pop party with 60,000 people and some of the biggest acts from both sides of the pond coming together for a huge weekend of pop at its very best.

Chart topper Jessie J will headline Saturday night’s proceedings alongside platinum-selling boy band JLS and “It’s All About You” crooners McFly. British rapper Wiley, Union J and songstress Amelia Lily will also be taking to the stage as part of an incredible mix of artists to play the festival.

Sunday will see American R&B god Ne-Yo bring the noise to Cofton Park, where he’ll be joined by chart heartthrobs The Wanted and uber glam The Saturdays, fresh from gaining their first UK Number One with “What About Us”. Wretch 32, Conor Maynard and this year’s X Factor winner James Arthur are also on the bill, with many more acts to be announced across the weekend.

Expect spectacular live performances, massive chart smash hits plus all the fun of the festival fair with a full fairground and many other interactive events. Fusion Festival is proud to support The Prince’s Trust, with £5 from each ticket sale donated to the charity to help change young lives across the UK. The Prince’s Trust is a youth charity that helps vulnerable young people to turn their lives around.

Now winter is upon us make sure you are prepared for the cold weather by following our 10 steps to keep warm and well:
1. Keep Your Home Warm – your main living room should 18-21°C, and the rest of the house at least 16°C.

2. Save money on you energy bills – replace old light bulbs with energy saving ones, don’t leave appliances on standby and have a shower instead of a bath.

3. Wear the right clothes – several thin layers, a hat, a scarf, a good winter coat with a hood, and shoes with good grips are all essential winter wear!

4. Eat well to stay warm and healthy – a balanced diet will help you keep warm, boost your immune system, fight off colds and make you feel more energetic.

5. Keep moving – try not to sit still for more than 1 hour at a time. Get up and walk around, make a hot drink and spread housework throughout the day.

6. Get a free seasonal flu jab – flu is much more serious than a cold; it often leads to a hospital stay and can be fatal. Contact your GP to make an appointment.

7. Look out for your neighbours – check up on friends, relatives and neighbours who may not be able to get out and about.

8. Be prepared – make sure you have enough of your prescription medicines in case you can’t get out in bad weather.

9. See your GP or Pharmacist as soon as you feel unwell – if you can’t wait to see the doctor, you can get advice and free treatment for minor health conditions from your local pharmacist.

10. Take care when going outdoors – icy pavements and roads can be very slippery so take extra care if you go out. Check the forecast with The Met Office www.metoffice.gov.uk or call 0870 900 0100. 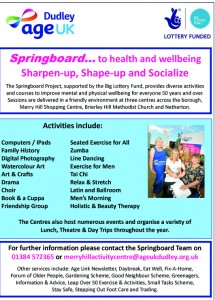 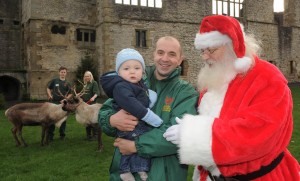 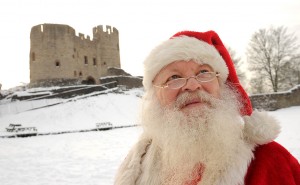 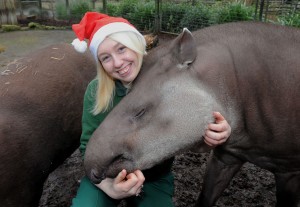 At Dudley Zoological Gardens there’s Christmas magic in the air . . .
Our Winter Wonderland package, which runs form December 5 to Christmas Eve, includes a magical train ride past the world’s rarest animals as you head to visit Santa in his Jack and the Beanstalk-themed grotto set within the walls of 11th century Dudley Castle. After receiving a special gift from Santa it’s off to our fun-filled Glow in the Dark Christmas Show before taking in a tour of the site.
The festive package includes admission to DZG and a chance to see favourite species and find out what they’re up to this Christmas. You’ll also meet Santa’s reindeer as they prepare for their busiest night of the year! If you’re stuck for ideas for presents why not treat your family and friends to Keeper for a Day or Little Zoo Keeper experiences, shadowing DZG keepers as they go about their daily duties caring for some of the most exotic and endangered creatures on the planet. What about adopting a Sumatran tiger or Rothschild giraffe? Or maybe a cheeky lemur or cute Humboldt penguin? We’ve nigh on 200 species to choose from and all adoptions help fund vital conservation programmes right here at DZG. How cool is that – ‘owning’ your own Asiatic lion or hairy scary tarantula without any vets fees! There’s also a range of Close Encounters where you get to feed red pandas, sealions or meet our orangutans!

DZG membership makes another excellent gift that all the family can enjoy and offers unlimited accessto the zoo AND castle! And our 2013 calendar is full of favourite images throughout the year and makes a great stocking filler.
There’s something for everyone at Dudley Zoological Gardens, Castle Hill, Dudley– visit www.dudleyzoo.org.uk to find out more.

The event ran from 1.30 to 4.30pm, and was delivered in conjunction with Birch-Bastock, which manages the Concord Market.

It included a number of free festive events, entertainment and activities for all the family and the Mayor of Dudley sang a festive favourite.

Shoppers took advantage of a winter fair at the former labour club building INSIGHT House on Pearson Street. Stalls sold fantastic Christmas crafts and gifts and people were able to get information and advice from community organisations and services.

At the Moor Centre there was stage entertainment from 1.30pm with performances from Wordsley School, The Bridgnorth Ukulele Band and Brierley Hill Music Theatre. Music and live entertainment also take place across the High Street, in the markets and in Asda throughout the day.

Staff from Dudley Council’s Active Travel team were on hand with advice and information about getting around Brierley Hill on foot, by bike and public transport. They handed out free backpacks, reflective stickers and information packs.

The Mayor of Dudley councillor Melvyn Mottram and Shane Birch-Bastock from Concord Market switched on the lights and Christmas tree at 4.30pm.

There’s a whole host of free activities for youngsters at borough libraries to celebrate the Queen’s Diamond Jubilee.

At Brierley Hill Library on Thursday 7 June from 11am – 12pm children can have fun making a crown and sceptre.

Stourbridge Library has prince and princess stories and Jubilee crafts on Friday 8 June from 2.15pm – 3.15pm. There will be also tea and cakes for adults, upstairs in the adult library during the afternoon on Saturday 2 June. Staff will be dressed in patriotic colours to get visitors in a patriotic mood.

To find out more about library services go to www.dudley.gov.uk/libraries

Dubbed by the media as the UK’s number 1 new boy band, FTW have injected personality back into pop since exploding onto the scene in 2011.

Having spent the last year touring the UK with a string of promotional dates appearing alongside artists such as The Saturdays, Example, Alexandra Burke, McFly plus former X Factor winners and finalists, FTW are now preparing to take the music industry by storm, having released their debut single ‘Loveshot’ on 1st April.

With radio roadshows, festivals and live PA’s at some of the country’s top venues under their belt, demand for FTW is very high. International bookings, sponsorship endorsements and national media interest means there’s only one boy band you need to remember in 2012.

FTW treated fans to a free gig at the Merry Hill Centre in Brierley Hill on Friday 13 April.

One of the biggest boy bands of the 90’s will headline this year’s Stourbridge Party in the Park, which will be held on Bank holiday Monday May 7th 2012 at Mary Stevens Park, Stourbridge.

911 shot to fame with their top debut single ‘Don’t make me wait’, which was followed by a further 9 top 10 singles including their number 1 single ‘A little bit more’.

The fun packed family day will also see live performances from a host of local, national and international artists, Popular Dutch pop star dubbed ‘the new justin bieber’, Casper will be flying in especially for the event for his first UK appearance and the soulful Aaron Paul, ex lead singer from Simon Cowell’s 90’s boy band ‘World’s Apart’ is over from the U.S promoting his new single ‘Searching’.

Gates open at 11am and with over 20 quality live musical acts and plenty to entertain the children it promises to be a great family day out. We have kept the ticket price as low as possible at £3 to ensure this an affordable day out for the entire family, we are also very pleased to be supporting Help for Heroes at this and all future events.

Popular childrens TV characters Roary the Racing car with Big Chris and Peppa Pig will be available for meet and greet at various intervals throughout the day. There will also be a fun fair, craft and market stalls and an array of delicious food outlets.